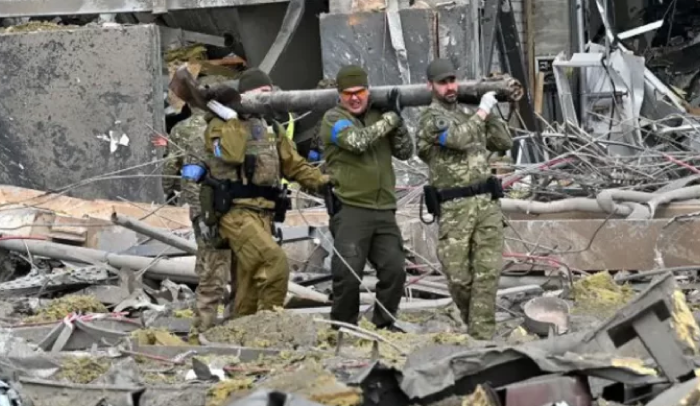 Trademap, the WTO's international trade database estimated that Africa imports seven times more goods from Russia than it exports to the African continent.

With this, it is evident that a striking trade deficit of more than $10 billion already exist, toppling with the insurgence of the ongoing war, poses a bigger threat to the emerging African Economy.

Even though Russia holds only 2.4% of the Africa's market share against 19.6% for China- the continent's largest trade partner – the effect is going to be enormous as the continent depends solely mostly on importation.

Africa depends on Russia for the importation of cereal which amounts to 30% of overall cereal imports, especially wheat which alone accounts for about 95% of cereals imported into the continent.

Africa buys mineral fuels such as coal, oil products, gas from Russia and these account for 18.3% of the total imports.

Overall, volumes of goods traded stood at $14.8billion as at 2020. There has already been a decline in trades between 2019 and 2020 due to Covid-19 which has affected global trade immensely. Data indicate that between Africa and the rest of the world, trade fell by 14% to $900 billion in 2020.

With Russia as a major producer of commodities such as oil, gas, wheat, and aluminium, the sanctions against them and market concerns about the War's disruption on supply chain, have definitely caused commodity prices to soar.

First pronounced effect will be the surge in global commodity prices, particularly for oil, gas and wheat, Georgieva Dietz said. Brent crude has whipsawed to all-time high in the last 12months to $110/bl, signaling an over 80% price jump

Heightened energy prices will be felt most severely in transport and utility cost including gas, electricity and other fuel like kerosene, indicated by Renaissance Capital bank of Moscow.

The disruption of the supply chain as earlier mentioned coupled with sanctions against Russia will drive commodity prices high and inflation will sky rocket. This will hit households spending, investment and also raise the risk of social unrest.

Surging commodity prices will also create winners and losers across Africa and the world. African countries most vulnerable to the War are those that import huge shares of cereal like Kenya, Nigeria, Tanzania, South Africa, and Egypt.

Meanwhile in the area of energy, Africa's importers like Ghana and Nigeria will feel the heat more due to their over dependence on the fuel importation from Russia, as the giant of the world's largest exporter has been hit by various sanctions and faces a potential embargo.

On the winning side, Nigeria is likely to benefit from the war as a commodity exporter as the supply constraint commodity price boom that began in 2021 will last longer, according to Renaissance Capital bank of Moscow.

As an Emerging economy, fuel tend to be the biggest import for the African Economy, so a price increase has a material effect on import bill, and by implication, the trade balance and current accounts.

The war stands to cause a flare up in Africa's debt. One of the key things noted is the backlog of lighter external financing conditions causing grave concerns about debt positions across Africa.

Ghana is not at immediate risk of default as the country has not got much debt payable in the next few years. In a vote at the U.N. General assembly condemning Russia's invasion, 28 African countries (51%) voted in favour, 17 abstained (31%) one voted against and 8 Countries were absent.

This indicates the war will have diplomatic ramification on the continent. The war will tend to reinforce the trend and will imply pressure for Africa countries to choose sides

The continent remains scarred by cold war segregation and will be a terrain where super powers play out their rivalries as seen with the recent resurgence of Moscow in Africa as Prof. Carlos Lopez of the University of Cape Town and the UN Economy Commission for Africa (UNECA) said.

Reports on March 2nd also indicated that the war may disrupt the completion of a major steel project in Nigeria – the $8billion Ajaokuta steel plant – that has already been subjected to delays for 40years.

While it's still early days, the domino effect of the Russian War will no doubt trickle down to the African Economy, worsening the already struggling economies.

Next Blog
back to top

Legal Documents
Complaints Form
Execution Quality Summary
Investor Compensation Fund
Geldex Invest is a brand name of Growell Capital, which is authorized and regulated by the Cyprus Securities and Exchange Commission (CySEC) with (CIF) license no.214/13.
RISK WARNING
CFDs are complex instruments and come with a high risk of losing money rapidly due to leverage. Whilst leverage enables traders to magnify their profits on successful trades, it is possible to sustain significant losses,around 78% of retail investor accounts lose money when trading CFDs. As such, we urge all clients to adopt a prudent risk management strategy in accordance with their investment goals and level of trading experience. Please ensure you read our Risk Disclosure , Terms and Conditions Trading Rules in full.
We do not accept or solicit US and Australian Citizens neither clients that posses dual citizenship from the United States or /and Australia.
@Geldex 2021